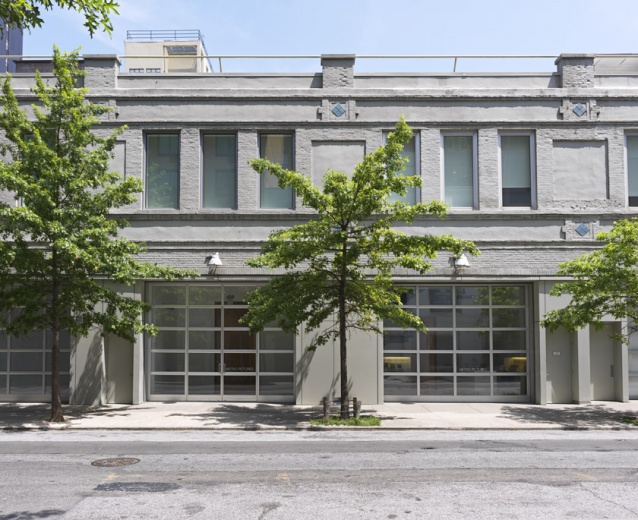 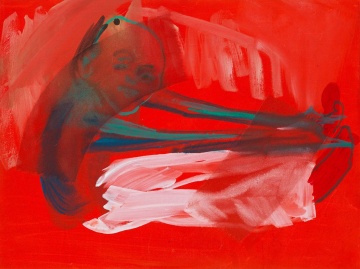 Metro Pictures and Kamel Mennour are delighted to present the paintings of Camille Henrot for the first time in this special two-part online exhibition. An artist known for her diverse output, this presentation features seven new works from three ongoing series. 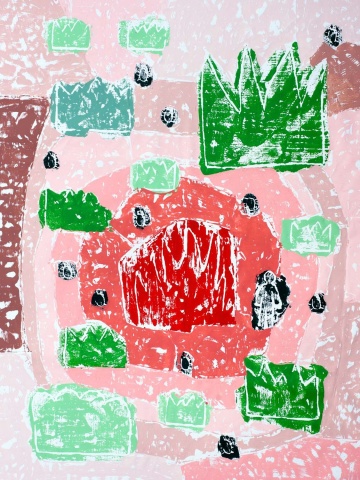 This selection of colorful new woodcut landscapes and carved stone sculptures by Olaf Breuning draws on the natural world to consider the pressing environmental concerns we face today. 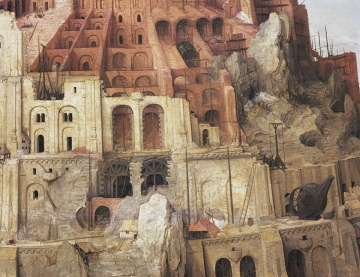 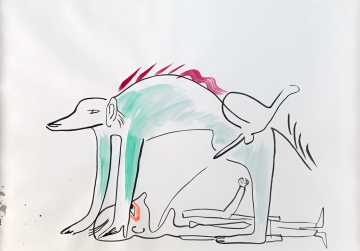 This exhibition brings together a selection of works that draw on man’s best friend for inspiration. 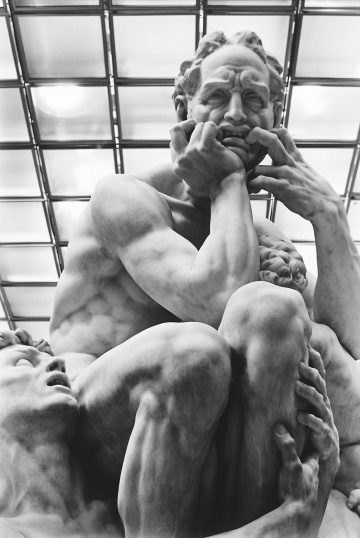 At the end of the world aliens blow up the White House ("Independence Day"); a meteor crashes into Paris against the backdrop of the Eiffel Tower and Notre Dame’s famous gargoyles ("Armageddon"); and we see Big Ben and St. Paul’s in a central London left abandoned by zombie apocalypse ("28 Days Later"). Why does the world so often end in scenes like these in movies? When anything comes to an end we tend to look back at its past; when it’s the world that’s ending civilization is that something. Hollywood uses grand monuments—obvious, nationalistic symbols of identification in these examples—but more humble cultural productions can connect, and orient, us to the vast welter that is human history. In less troubled times we collect and preserve the parts that make up the sum of civilization. No doubt many of those parts and the collections that contain them have problematic histories. When faced with global catastrophe the drive to invest our attention to the sum as well as its parts, whether critically or admiringly, is perhaps greater than usual. This online exhibition indulges that drive by bringing together artworks by three artists—Oliver Laric, Louise Lawler, and Sara VanDerBeek—who have worked with various collections to incorporate historical sculpture into their own artworks. –Alexander Ferrando Director, Metro Pictures
Current Exhibition 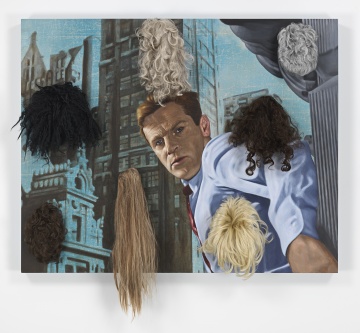 Before and After Math

March 11, 2021 - April 24, 2021
Metro Pictures presents eight new paintings and five videos by Jim Shaw. The paintings are all made on found theatrical backdrops, a signature of the artist's, with two that incorporate three-dimensional sculptural elements. Shaw’s work draws from an expansive breadth of references and idiosyncratic associations to present a surrealistic take on American consumer culture. The pastiche of vintage film, advertising, and television imagery that Shaw poignantly combines in these works engenders them with a pervasive sense of nostalgia and critique for a mythologized, bygone era of American history.
Past Exhibitions 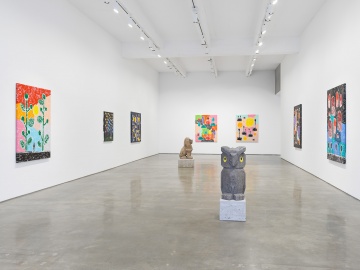 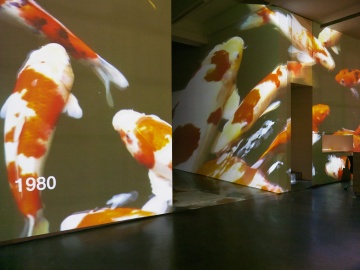 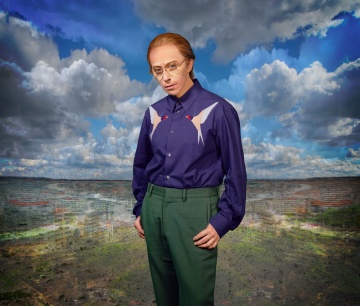 September 26, 2020 - October 31, 2020
For her latest body of work, Cindy Sherman has transformed herself into an extraordinary cast of androgynous characters, expanding her career-long investigation into the construction of identity and the nature of representation. The enigmatic figures pictured in the ten new photographs on view are dressed primarily in men’s designer clothing and are posed gallantly in front of digitally manipulated backgrounds composed from photographs Sherman took while traveling through Bavaria, Shanghai, and Sissinghurst (England). Each character draws the viewer in with their unique style, immediate eye contact and steely gaze. 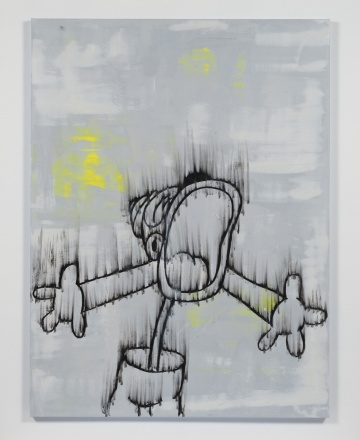 Screaming into the Ether

March 26, 2020 - September 19, 2020
"Gary Simmons: Screaming into the Ether" was scheduled to open at the gallery on Thursday, March 26. In light of the current circumstances facing New York, the exhibition will now be available exclusively online in our very first online viewing room. Simmons's latest work expands the artist’s decades-long examination into the propagation of racial stereotypes through American media and its devastating effects on how people of color perceive themselves and are perceived by others. The twenty new paintings on view reconsider his signature “erasure” technique and the racist cartoon characters Simmons first appropriated in his renowned chalkboard drawings from the early 1990s. 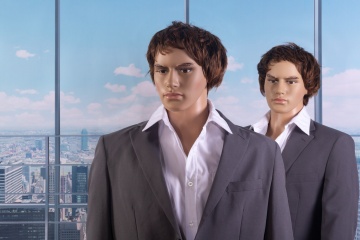 The Collapse of Neoliberalism

January 30, 2020 - March 14, 2020
John Miller has been exploring notions of identity, economics, and social class throughout his forty-year practice. His latest exhibition at Metro Pictures concerns, among other things, a sense of everyday malaise and life's petty annoyances. Mannequins are an iconic theme in this show, and Miller characterizes them as simple anthropomorphized clothing racks that can nonetheless prompt unnerving degrees of identification. His current photographs, installations, and videos insert these figures into familiar, even normalizing, scenarios that underscore their function as objects of desire onto which we, as both spectators and consumers, project a miasma of fleeting trends and fashions. 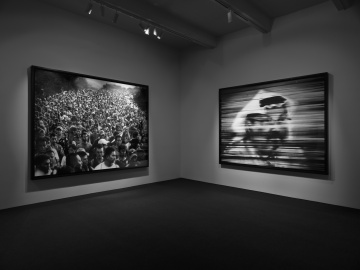 November 14, 2019 - January 18, 2020
The eight monumental, hyperreal charcoal drawings in the exhibition continue Robert Longo's "Destroyer Cycle," a series that focuses on the indelible imagery generated by the current politics of power, greed, aggression, and inhumanity. The title Fugitive Images refers to the transitory appearance and displacement of impactful media images from across the globe. Longo believes it is morally imperative to secure their permanence.

Lessons of the Hour–Frederick Douglass

The Startled Faction (a sensitivity training)

Year of the Dog