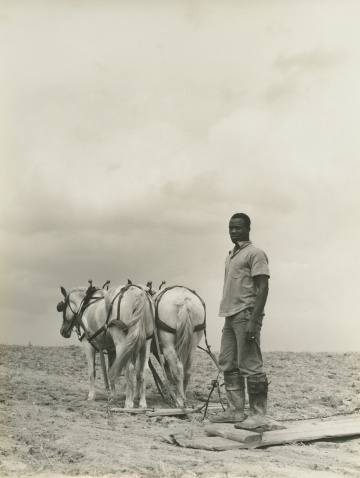 One Third of a Nation: The Photographs of the Farm Security Administration 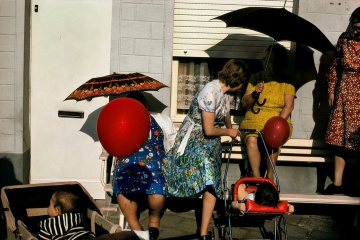 41 East 57th Street, Suite 1406
New York, NY 10022
January 23, 2020 - March 14, 2020
NEW YORK—The first U.S. solo exhibition of Paris-based photographer Harry Gruyaert (Belgian, b. 1941) will be on view January 23 through March 14, 2020, at Howard Greenberg Gallery. Well known in Europe for his street photography, his work is admired for its extraordinary use of color much like his American contemporaries Joel Meyerowitz, Saul Leiter, Stephen Shore, and William Eggleston. Gruyaert has been a member of Magnum Photos since 1982. An opening reception with the artist will be held on Thursday, January 23 from 6 to 8 p.m. The 2018 documentary Harry Gruyaert Photographer illustrates how Gruyaert’s life was saved by color. Born to the repressed and grey background of a traditional Catholic Flemish family, Gruyaert later discovered the lights and color of Europe. Driven by the irresistible desire to be a photographer, he became a pioneer in European color photography. Gruyaert says “For me, photography is not only about composition and color, it has to say something about the time and the place.” With an eye for idiosyncratic juxtapositions, Gruyaert has traveled the world finding bewildering beauty, complex constructions, and touching solitude. The exhibition covers his work in France, Spain, Belgium, Morocco, Japan, India, Russia and the U.S. Spanning four decades from 1981 through 2017, his photographs range from street scenes to seascapes, all punctuated with his unique, saturated approach to color. Often a lone figure can be found in his photographs, at times faceless or viewed from behind, evoking a loneliness of modern life or simply the serene banality of the quotidian. “I am interested in that strange magic that occurs when things come together. I look to form a connection to a place. I have to be moved by something,” said Gruyaert recently from his studio in Paris. In an introduction to his recent book, Edges (Thames and Hudson, 2019), the American artist Richard Nonas notes, “He photographs the boundaries that hover just beyond our sight…the shadows of an actual reality too blurred, too confused, too nuanced for any language to hold. He captures it whole. He holds it. As powerful art. As heart wrenching beauty. As the overwhelming mystery of ungrammatical silence.” A forthcoming book, Harry Gruyaert: Last Call, will be published in the U.S. in April 2020 by Thames & Hudson. About Harry Gruyaert Born in Antwerp, Belgium, in 1941, Harry Gruyaert studied at the School of Film and Photography in Brussels from 1959 to 1962. He moved to Paris to pursue a career in photography, while also working as a freelance director of photography for Flemish television between 1963 and 1967. In 1969, he made the first of many trips to Morocco, which led to a Kodak Prize for his Moroccan work in 1976. From 1970 to 1972, he lived in London. By the end of the 1970s, Gruyaert had made significant bodies of work in North Africa, the Middle East, the U. S., Europe and India, where he refused stereotypical exoticism in favor of a deeper aesthetic. Around the same period he also photographed his homeland Belgium. In 1982, he joined Magnum Photos. A number of solo exhibitions of his photographs have been held in Europe recently including the Fondation d’Entreprise Hermes, Paris, and the FOMU, Antwerp. He continues to travel the world, most recently to Japan in 2019. His work is the topic of nearly 20 books including: Made in Belgium (Delpire, 2000); Harry Gruyaert: Rivages (Textuel, 2004); Harry Gruyaert: TV Shots by Jean-Philippe Toussaint (Steidl, 2007); Harry Gruyaert by Francois Hebel (Thames & Hudson, 2015); Harry Gruyaert: East/West (Thames & Hudson, 2017); Harry Gruyaert – Roots (Editions Xavier Barral, 2018); and Harry Gruyaert: Last Call (Thames & Hudson, 2019). Gruyaert’s photographs are held in the collections of the Centre Georges Pompidou, Bibliothèque Nationale de France; Foto/Industria, Bologna; Metropolitan Museum, Tokyo; Deutsche Börse Foundation, among many others. 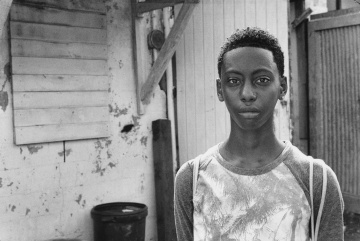 41 East 57th Street, Suite 1406
New York, NY 10022
November 21, 2019 - January 18, 2020
NEW YORK—Renowned actress Jessica Lange will present an exhibition of her photography at Howard Greenberg Gallery from November 21, 2019 through January 18, 2020. The exhibition, Highway 61, presents a tribute to the storied route which Lange has traveled countless times since her childhood in Northern Minnesota. Highway 61 originates at the Canadian border, near Grand Portage and runs 1,600 miles along the Mississippi River though the American Midwest and South, rolling through eight states, down to New Orleans. This is Lange’s second exhibition at Howard Greenberg Gallery. The exhibition coincides with the publication by PowerHouse of her fourth book Highway 61. An opening reception will be held on Thursday, November 21 from 6-8 p.m. Over the last seven years, Lange has revisited Highway 61 many times to photograph the historic route. Her photography series reveals the thoughtful and powerful connection Lange continues to maintain towards the people and places in this part of America. Lange has noted that "long stretches of 61 are empty, forlorn, as if in mourning for what has gone missing — the hometowns, the neighborhoods, family farms, factories and mills." “It’s a great counterpoint to filmmaking,” Lange has said about photography, “because it’s a private, solitary experience. It’s like writing or painting; it’s something you can do on your own. Acting is a co-dependent art form, and the actor is not in control. And filmmaking definitely informs the decision to photograph something. I’m drawn to situations with a dramatic feel to them as far as lighting or backdrop or people’s presence, the way someone stands.” About Jessica Lange Born and raised in Cloquet, Minnesota, Jessica Lange studied photography at the University of Minnesota after winning a scholarship to study the arts. Her photographs have been exhibited at George Eastman House, Rochester, New York, 2009; Multimedia Art Museum, Moscow, 2014; Centre d’Art Santa Mònica, Barcelona, 2015; and Centro Cultural de Cascais Portugal, 2015, among others. She was the first recipient of the George Eastman House Honors Award in 2009. Lange’s previous books include her debut monograph 50 Photographs (PowerHouse, 2008), In Mexico (RM, 2010) and a children’s book It’s About A Little Bird (Sourcebooks, 2013). Lange began making photographs in the 1990s when her partner of 26 years, the late playwright and actor Sam Shepard gave her a Leica camera as a gift. She dedicated her book Highway 61 to Shepard. An Academy Award-winning actress, Lange is well known for her roles in King Kong, Tootsie, The Postman Always Rings Twice, Frances, Blue Sky, and Grey Gardens. She is the 13th actress in history to achieve the Triple Crown of Acting, having won two Academy Awards, three Primetime Emmy Awards, one Tony Award, one Screen Actors Guild Award and five Golden Globe Awards. She can currently be seen in The Politician on Netflix.

Photographs from the Collection