Fredric Snitzer Gallery has been a leader of the contemporary art market in South Florida for over 40 years. Committed to presenting work across all media from a diverse range of contemporary artists, the gallery has maintained a rigorous exhibition schedule that features at least eight rotating exhibitions by its artists each year.

One of the early champions of contemporary Latin American art in the United States, the gallery has shown in-depth presentations by Cuban artists such as Luis Crus Azaceta, Carlos Alfonzo, Carlos Cárdenas, Tomás Esson and José Bedia. Avant-garde Cuban artists in particular continue to have a strong presence on the gallery’s roster.

In the new millennium, Miami went global with Art Basel. Snitzer’s continuous presence in the Miami art scene as artist and dealer, his local knowledge and his extensive list of longtime collectors made him a natural choice for Art Basel’s selection committee when the fair launched in Miami. He has served on the committee board of Art Basel Miami Beach since its inception.

Today the gallery’s program is diverse, keen to placing an emphasis on identifying and cultivating the careers of young, emerging artists while showcasing established work from mid-career artists on a local and global scale. 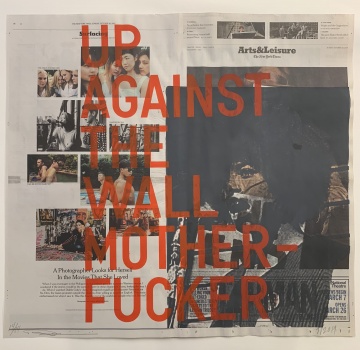 August 9, 2020 - September 19, 2020
Green Go Home is a collaborative project by Rirkrit Tiravanija and Tomas Vu. The story of “Green Go Home” is part myth and part folklore. It is also partially a misunderstanding, and, to some degree, an invention of the imagination. Nonetheless, it makes for a compelling story. The term gringo—commonly used in Latin America to describe a Western foreigner—has been assumed by many to have etymologically originated with the phrase “Green go home!” One story holds that during the Mexican-American War, American troops invaded and overwhelmed their opposition. At this time, according to legend, the American uniform frequently included green coats. Hence “Green go home!” There are, however, alternative explanations. One earlier instance of the use of gringo can be dated to a 1786 Castilian dictionary by Terreros y Pando. In that volume the term was used to describe foreigners whose particular accents prevented them from pronouncing Castilian words properly. Moreover, in Madrid especially, the word was used to describe a person of Irish descent. Detractors of the green coat theory have pointed out that U.S. troops wore blue during the Mexican Invasion, and therefore that myth of the phrase’s origin should be dismissed. In 1846, Roman Catholic Americans and recent immigrants—from Ireland and Germany—were sent by the U.S. government to participate in the Mexican-American War as fighting broke out. However, a combination of resentment over their treatment by Anglo-Protestant superiors, and a realization that they were fighting for a Protestant nation against a Catholic one, led many to switch sides. The song that they frequently sang, “Green Grow the Rushes, O,” serves as another potential origin to the term gringo. In Brazil, gringo is also thought to have been derived from the English words green and go, but with a different basis. Rather than originating from military interaction, this term came about from foreigners’ exploitation of nature. The provocation inherent in “Green Go Home,” is positioned against the subtle underlying subtext of U.S. interventions, and colonialist attitudes, towards its neighbors in Latin American from Mexico southwards: an antagonism that has cost many lives and much strife. In each installation, the meaning of the piece mutates. The characters and language are specific to the country in which the work is being shown, but more importantly, the people involved shape the piece. They help to print and install the works, as well as create meaning for the piece through their experiences and reflections. The imagery itself consists of portraits derived from Google searches with text supplied by Rirkrit on top. The presence of each character—from films to music to personalities of resistance—reveals itself to the viewer as addressing the condition of the graffiti text. The figures included vary from country to country, though some figures reappear, as they are, to me, at the crux of this discussion – Ted Kazynski, Alan Turing, Barbarella, Ana Mendieta. The grid holds up the statement and reinforces the layers of interpretation, readings, and misunderstandings. “Green Go Home” is meant to be a wall of resisters, and of resistance. 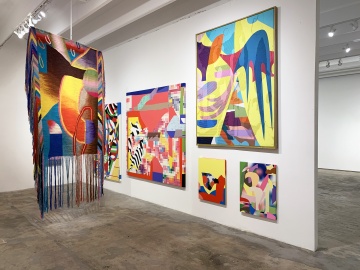 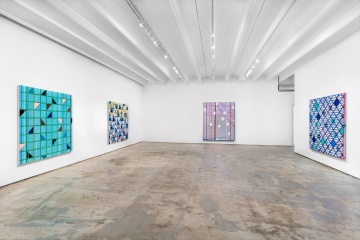 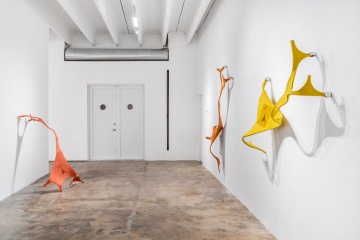 Prototype No. 1: The possible and the actual 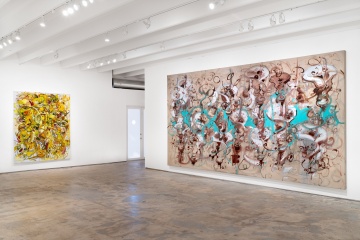 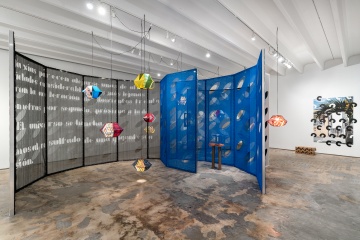 Paradoxically Tied: A Landscape of Permissions 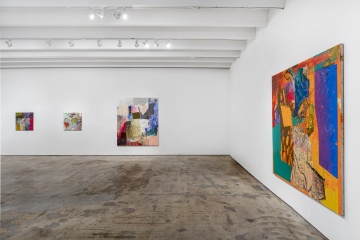 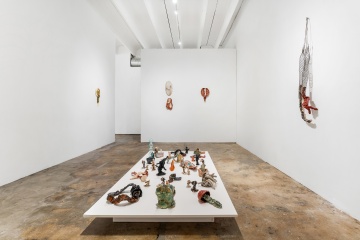 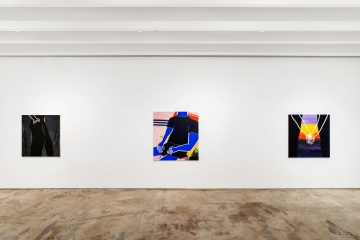 The Recovery of Openness, Intimacy, and Trust 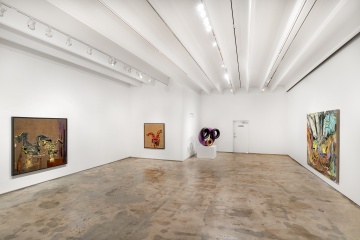 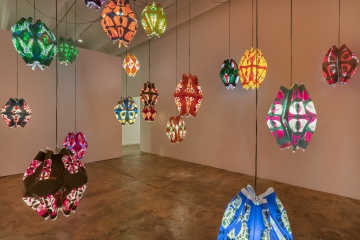 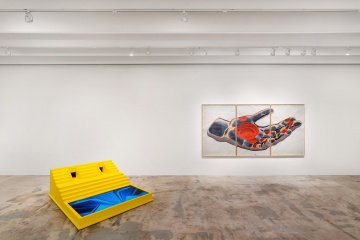