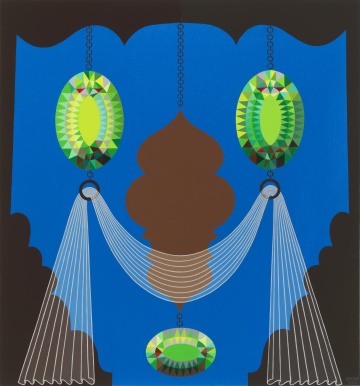 January 15, 2021 - March 13, 2021
Corbett vs. Dempsey is pleased to present Charline von Heyl, New Paintings. This is the gallery's third solo show with the artist. A genuinely fearless creative force, Charline von Heyl has emerged as one of the most consistently surprising painters of our time. This exhibition features fifteen fresh paintings all made at her studio refuge in Marfa. Von Heyl began to gather steam on these canvases, ironically, just as the world ground to a halt, and she worked on them alongside the ups and downs of the emergent global pandemic. As always in von Heyl's oeuvre, each piece carries its own set of working propositions, making for a wildly diverse collection of pictures. There are different stylistic currents, a variety of ways of painting, of constructing a composition, of thinking about an image, of relating object and atmosphere, and of negotiating the concepts of abstraction and representation, but they all come from a single powerful visual intelligence. Commonalities between works exist, of course; there’s a suite of three identically sized, closely linked paintings on raw linen, for instance. Von Heyl's approach to color is as daring here as ever, a number of the works specifically exploring a yellow palette in multiple modalities. And there is a rich set of lurking topical elements to be uncovered in these works, some deeply submerged, some more immediately recognizable. California's horrific summer wildfires are referenced in the fleeing hares of "The August Complex," while powerful small painting "Simplicissimus" takes its title from Hans Jakob Christoffel von Grimmelshausen's baroque novel based on the atrocities of Germany's Thirty Years' War, the main character of which was so simple-minded he didn't know his own name. Sensitive to the haywire, unbalanced times in which we live, von Heyl has produced an aggregation of paintings that nevertheless continues the undercurrent of joy and play that is a distinctive feature of her work. 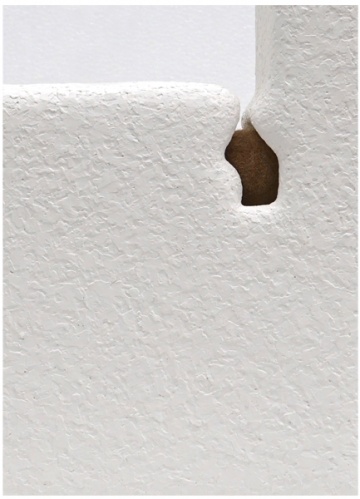 January 17, 2020 - February 22, 2020
It is with great pleasure that Corbett vs. Dempsey announces Three Summers, an exhibition of new paintings and sculpture by Lui Shtini. This is the artist’s third show at the gallery. Born and raised in Albania and based in New York, Shtini has approached surface as an intimate part of the construction of image. A substantive series of “portraits,” consisting of small and medium-sized works depicting heads and sometimes shoulders, introduced his oblique version of the imaginary figure, their features articulated or supplanted by sublime and unusual textures; subsequent paintings and drawings complicated the compositions as they upped the scale dramatically, landing on a group of large paintings with multiple figures, highly abstracted and incorporating even more kinds of surface, often locked in agonistic, even unsettling interaction. Shtini’s new paintings, executed on Dibond aluminum panel, return to an intimate scale, retaining the intense compositional ingenuity and unfettered love of surface, but in place of their predecessors’ anxiousness is a sense of peace. Organic forms – perhaps botanical, perhaps animal, perhaps alien – unfold and open, standing still, vibrating; their opulent energy is stored up and beamed outward rather than released as a torrent aimed from one figure at another. Made in Sardinia, where Shtini spends part of the year, these paintings are accompanied by a series of sculptures, the first three-dimensional work exhibited by the artist. Constructed around a very particular flotsam that washes up on the Sardinian beachscape, Shtini’s sculptures are hardly readymades. The meticulously shaped works consist of three materials familiar to Shtini from his childhood – commercial polystyrene, stucco, and Posidonia, a Mediterranean seaplant. Although they utilize a very reduced palette, basically white, the sculptural works are immediately identifiable as cousins to the paintings and are unmistakably Shtini. Weirdly topographic, with a delicate mottled surface, they stage a kind of tensile interaction between objects, a dance of disabused industrial and vegetable matter, in which the oval-shaped seaweed is often suspended between two immaculately anthropomorphic stucco forms. 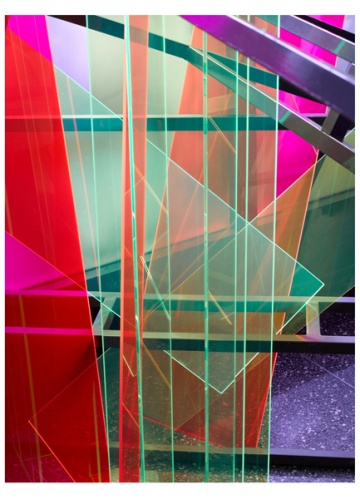 January 17, 2020 - February 22, 2020
In the North Gallery, CvsD proudly presents The Crown Hall Project, an exhibition of photographs and sculpture by Barbara Kasten. Kasten generated this body of work after spending the summer of 2018 composing temporary, site-specific sculptures inside the Illinois Institute of Technology’s S.R. Crown Hall, an iconic building designed by Mies van der Rohe that functions as a studio space for the architecture school. She co-opted the students’ desks and paired them with pieces of fluorescent acrylic, some which were constructed to resemble the beams that are integral to the building’s structure. In addition to composing these multidimensional sculptures, she made a group of six photographs, shooting the same materials from uncanny angles. These compositions suggest challenging new versions of Mies’s hyperorderly architectural space. For CvsD, Kasten will show the six Crown Hall photographs alongside a new acrylic and steel sculpture that further compresses the hard angles and potent atmospheres of the original project. Over the last two years, Kasten has expanded and deepened the original project, creating increasingly complex sculptures. In 2018, she created “Intervention,” a related piece that was first exhibited as a backdrop for Chicago Humanities Festival Creative Chicago: An Interview Marathon, conducted by Hans-Ulrich Obrist. Next month, “Intervention” will be included in Frieze L.A.’s Frieze Projects 2020 on the Paramount Studios famous backlot.