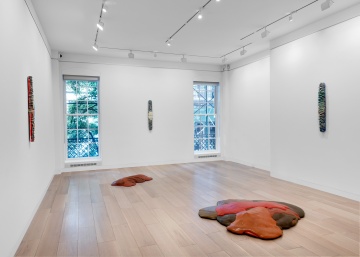 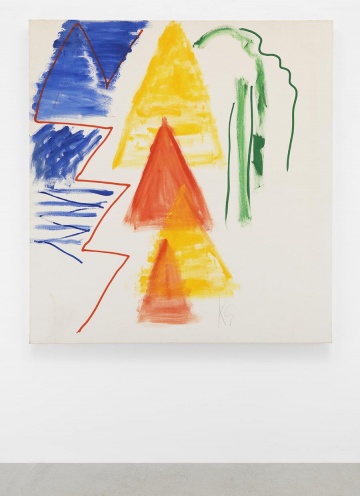 23 East 67th Street
New York, NY 10065
March 5, 2020 - September 4, 2020
Cheim & Read presents Kimber Smith, Paintings: 1967 – 1980, the gallery’s first exhibition with the artist, and his first exhibition in the US since 2011. Kimber Smith (USA; born 1922 Boston, MA; died 1981 Southampton, NY) had his first exhibition at The New Gallery, New York, in 1951, where his work was paired with Joan Mitchell’s; the same gallery gave him his first solo only three years later. In 1954, Smith decamped to Paris where he lived and worked in an expatriate community of American painters who included Mitchell, Sam Francis, and Shirley Jaffe. A retrospective exhibition was held at Kunstmuseum Winterthur, Switzerland (2004), which traveled to the Josef Albers Museum, Bottrop, Germany (2004-2005). Smith’s effortless style anticipates the work of influential artists such as Mary Heilmann, Richard Aldrich, and Joe Bradley. For additional information, please contact Stephen Truax, stephen@cheimread.com. 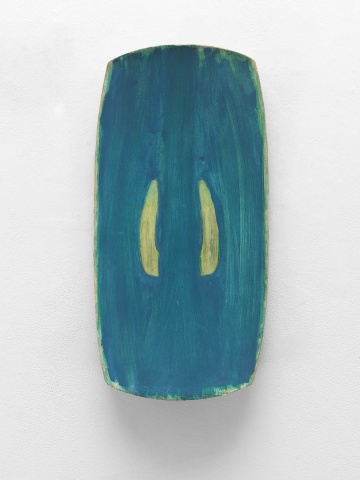 In Honor of the New MoMA

23 East 67th Street
New York, NY 10065
November 21, 2019 - February 29, 2020
In October 2019, the Museum of Modern Art, New York, reopened its doors after a significant renovation that included a complete overhaul to the presentation of its permanent collection. In an attempt to recontextualize art-historically important works with recent and previously overlooked art, the museum transformed how their collection had been conceived. The museum also features artists who have not received their due attention with a particular focus on women artists. One such example is the juxtaposing of collection highlights, such as early Picasso works with Louise Bourgeois’s seminal personage, "Quarantania, I."   On Thursday, November 21, 2019, Cheim & Read will present In Honor of the New MoMA. This gathering of work will include artists currently on view at the museum, or whose work is significantly represented in the museum’s collection, and with whom the gallery has had a long association, including Lynda Benglis, Louise Bourgeois, Ron Gorchov, Al Held, Jenny Holzer, Bill Jensen, Joan Mitchell, Alice Neel, Serge Poliakoff and Sean Scully.

All Over the Moon, curated by Jack Pierson